On 19 February 2021, the City of Amsterdam announced that it was calling for the Dutch Restitutions Committee to reassess the application for restitution submitted by the Lewenstein heirs concerning the work ‘Bild mit Häusern’ by Wassily Kandinsky (see New York Times). The background is the report by the Restitutions Policy Evaluation Committee, also known as the Kohnstamm Committee, of December 2020, entitled ‘Striving for Justice’. The Kohnstamm Committee came to the conclusion that a balancing of interests between the rightful owner and the current possessor, in this case the Stedelijk Museum, is unjust and not in line with the Washington Principles. 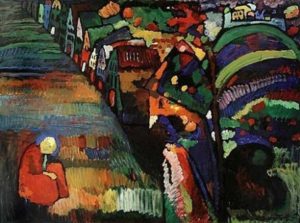 The heirs of Lewenstein, represented by Mr. James Palmer of Mondex Corporation, have not yet been approached directly by the Municipality of Amsterdam. The Lewenstein heirs are pleased that the City of Amsterdam finally realizes that the binding opinion of 2018 cannot be upheld. The Lewenstein heirs point out that a reassessment by the Restitutions Committee would have major objections, but especially that a reassessment would be superfluous. Now that the weighing of interests in favour of the Stedelijk Museum has been abandoned, the painting should be returned. The Lewenstein heirs are of the opinion that a settlement can be arranged between the parties. As such, there is no need for a lengthy new procedure, as only the restitution of looted art does justice to the surviving family.

Legal proceedings to nullify the binding opinion issued by the Restitutions Committee in 2018 are still ongoing. As announced, on 16 March 2021 the Lewenstein heirs will appeal against the Amsterdam District Court’s ruling of 16 December 2020, which rejected the Lewenstein family’s claim to have the decision of the Restitutions Committee set aside.

For more information about this subject